For several years the St. Peter Claver Society (SPCS) has had the mission of fulfilling the late Cardinal Medardro Joseph Mazombwe’s vision of a rural center that would train young Zambians in agricultural skills, so that they could support themselves and their families and avoid migrating to urban areas.  As is the case in so many developing countries, migration in Zambia from rural areas to the cities has led to joblessness, violence, drugs, and other social problems.  Cardinal Mazombwe dreamed of stemming the tide by providing young people in those rural areas the skills they would need to make their lives there successful.

Initially, the SPCS hoped to build an agricultural training center on property within the Diocese of Lusaka.  Problems developed at that location, however, with the existing wells and the alkaline content of the water.  Moreover, the resident farm coordinator passed away unexpectedly and, under new Diocesan leadership, priorities changed.  Fortunately, Bishop Valentine Kalumba of the Livingstone Diocese informed SPCS founder Shimwaayi Muntemba of his interest in having the center located there.  Bishop Kalumba shared our plans and related information with the Diocesan Development and Livelihood Department which is managed by CARITAS, the international coordinator of Catholic relief and social service organizations.  The CARITAS director, Father Klemens, was put in charge of the project and he, together with a Diocesan committee, identified a suitable location in the Makunka parish based on the type of soil and vegetation and the welcoming attitudes of the local communities. In addition, Dr. Muntemba lives several months a year in Livingstone and will be able to consult personally with Fr. Klemens and the Diocesan committee.

Much preparatory work has been done since them.  A local committee of priests, parishioners, and community leaders has been formed to guide development of the project.  A water expert has been engaged to assess the possibility of repairing a collapsed well or sinking a new one to assure a dependable source of water.  Detailed plans had already been prepared for building two classrooms, two dormitories and a teacher’s house.  A contractor has now been engaged to advise on the budget and the most cost-effective approach to construction.

After many unanticipated, but understandable, delays we are encouraged by the progress and optimistic that construction of the Cardinal Mazombwe Agricultural and Life Skills Training Center (CMTC) will begin in the not-too-distant future.  Many generous donors to the St. Peter Claver Society have contributed to help with the fulfillment of Cardinal Mazombwe’s dream.  We have reserved the donations received for this purpose until we are confident of the local support and planning and that the project will be a success.

Cardinal Mazombwe’s dream became the dream of the St. Peter Claver Society and its faithful, generous donors.  We believe the Cardinal is smiling in heaven as the plans for “his” project take concrete shape, and he will ask the Lord’s blessing on making the CMTC a reality.  May it be for the greater glory of God!

Who was Cardinal Mazombwe? He was Zambia’s first Cardinal who had a lifelong devotion to promoting education. In fact, during his 53 years as a priest, he established many universities, nursing schools, hospitals and education centers. 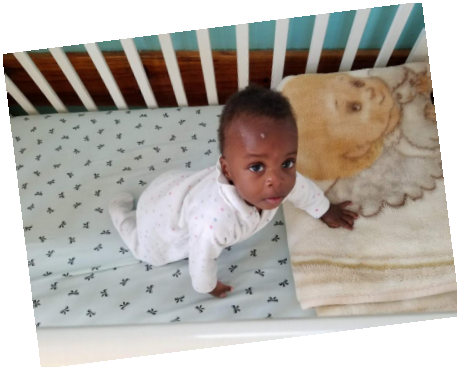 In early June 2018, SPCS Committee member Bob Jansen visited St. Anthony Children’s Village in Ndola, Zambia. Sister Lucia, Project Manager, has advised SPCS of the need to raise about $3000 to replace worn out linens for the 105 orphans, many of them special needs children. She has asked for our help. Your generosity is greatly
appreciated. 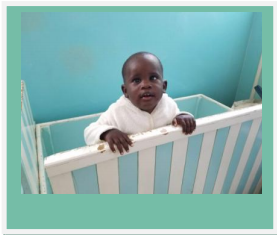 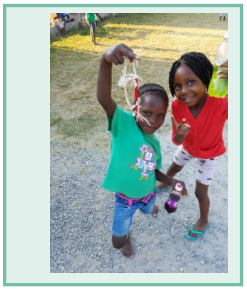 All proceeds will go to purchase much needed bedding. Please make checks out to St. John the Beloved with St. Peter Claver Society in the memo line or give online through Faith Direct. 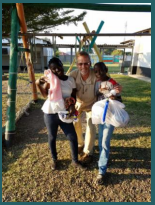 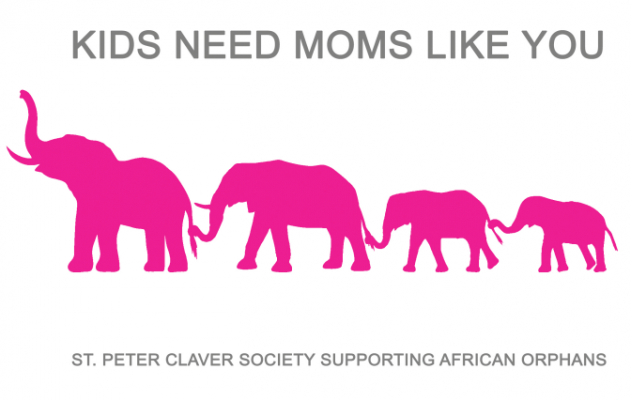 For the first time, the St. Peter Claver Society annual Mother’s Day sales will be selling coffee imported from Zambia which is freshly roasted locally by Beanetics Coffee Roasters in Annandale. In addition, SPCS will be offering coffee/ travel mugs with the design depicted above for sale after Masses on the weekends of April 30, May 6-7 and May 13-14. Two preteen boys created the design and wording which nicely captures both empathy for orphans and gratitude toward one’s mother.

The Coffee sells for $12, ceramic and travel mugs for $10 each, and at a special price: both Coffee + Mug for $20. All profits go toward supporting orphans and children in need at our three projects in Zambia: St. Anthony’s Children’s Village, the Mulele Mwana breakfast and lunch program; and the Cardinal Mazombwe Agricultural and Life Skills Centre. 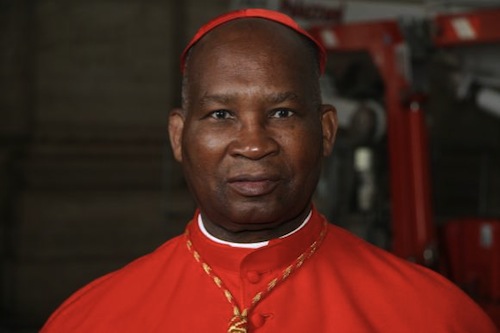 Medardo Mazombwe spent his 53 years of priesthood serving the Church and the poor as a teacher at the primary and secondary school levels. He became a great promoter of education and health studies as a means of reducing poverty. He created several schools and universities, including the Catholic University of Eastern Africa in 1984. He also helped the Daughters of the Immaculate Mary build the Catholic University in Lusaka and the National Catholic University on Zambia’s Copperbelt.

As Archbishop of Lusaka between 1996 and 2006, Mazombwe established several health and medical education projects in rural areas, including a Mission Hospital and Nursing School in the area’s Mpanshya Chiefdom. Because of the many orphans of AIDS in that area, he negotiated with Chief Mpanshya for 200 acres of prime land near the hospital and nursing school to be used for a “settlement” to house and care for the many, and ever growing number of HIV orphans, as well as very many needy youths between the ages of 10 to 23 years. The orphans lived at the settlement and grew vegetables and maize to eat and sell in order to earn money to put themselves through school. A matron lived at the farm to care for the young residents, while the nearest Catholic parish provided staff to supervise the work. The Mpanshya Farm was born!

In 2014, Archbishop Mpundu of Lusaka and the Zambia Orphans Aid (ZOA) renamed the facility the “Cardinal Mazombwe Agricultural and Life Skills Centre.” The Center had already fulfilled Cardinal Mazombwe’s objective by empowering the young orphans through education to become self sufficient and prosper. Since the Center’s creation, over 150 orphans from the farm moved on to become teachers, priests, nurses, and secretaries; and others have developed skills to improve the farm’s productivity.

Our St. Peter Claver Society (SPCS) took on the farm as a charity project in 2014, initially building an extension of the farm’s pigsty, and providing numerous piglets. SPCS also improved the children’s living conditions by paying for much needed windows, doors and beds. In 2016, SPCS began providing education grants to worthy students for their post high school educations. The SPCS’ recent July 10th special second collection at St. John’s brought in enough money to support four youths for their first year of college. In Zambia, it is estimated that a college graduate is generally able to support five to six siblings and grandparents.

Before he died, the Cardinal imparted to SPCS co-founder Shimwaayi Muntemba that he wanted to build an agricultural training center on this vast farm. He envisioned a training center that would prepare young people for rural agricultural activities, thereby avoiding urban unemployment.

In memory of our late SPCS colleague, Jay LaMonica, who had visited the farm and was one of its strongest proponents, the SPCS is designating all donations made in Jay’s honor toward the building of the training center of Cardinal Mazombwe’s dream. 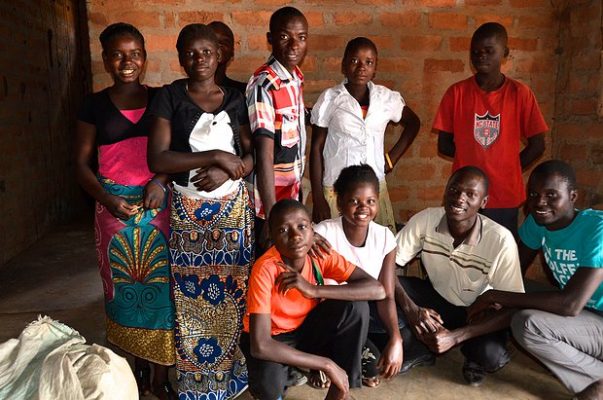 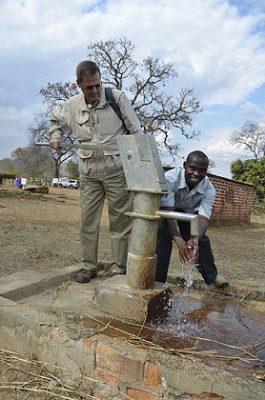