From 2011 to 2014, SPCS supported students in the tailoring class, until they became self-supporting with the help of a revolving fund which we funded. SPCS continued to support the parish’s feeding program which provides mainly porridge breakfasts and lunches for about 250 students of the St. Charles Lwanga Catholic community school. For some children, these were their only meals for the day, because three-quarters of their guardians did not have regular sources of income. SPCS paid for the HEPS (high energy protein supplement), rice, charcoal, cooking oil and dish detergent used in this successful feeding program which had resulted in the noticeable improvement in the children’s performance and attendance. SPCS also paid for a roof so that the children did not get drenched in the rainy season.  As of 2019, SPCS was only paying the Examination fees for Mulele Mwana Skills Centre’s students, and no longer involved in the St. Charles Lwanga community school feeding program. 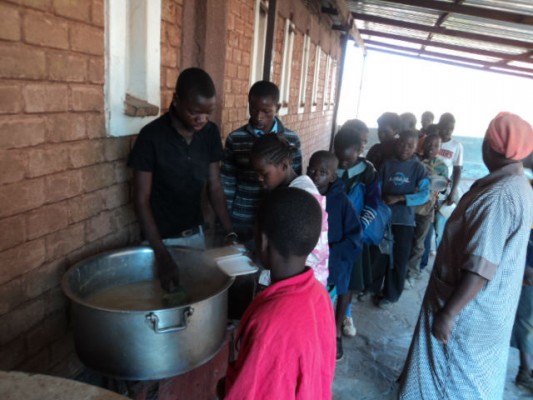 St. Charles Lwanga Community School Students lining up for breakfast under the roof 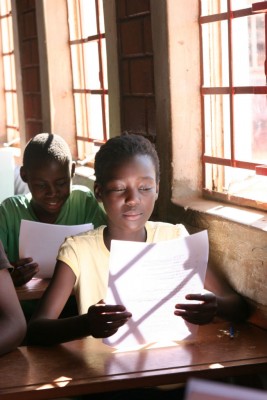 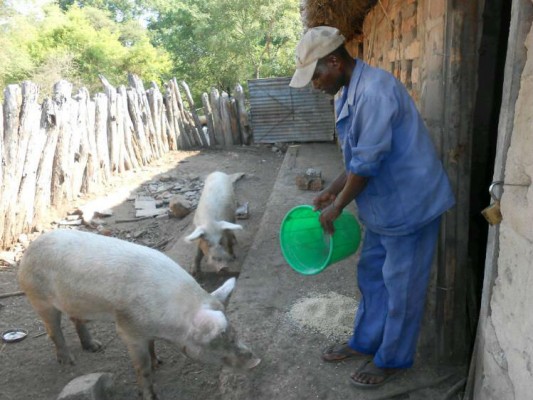 From 2011 to 2018, SPCS supported the Mazombwe farm which enabled 40 young adults, ranging in age from 10-21, to grow crops for their own consumption and to raise money to put themselves through school. Since 2002, well over 100 very poor orphans have benefited from working on the farm by learning basic farming skills and thereby paying for their education to become nurses, teachers, electricians, secretaries, business administrators, and priests. The Lusaka Archdiocese monitored the overall management of the farm which is about 75 miles from Zambia’s capital. SPCS raised money to pay for the construction of a 12 pen pigsty and for the improvement of the orphans living quarters, to include installing windows and doors and purchasing beds.   We were able to fund the purchase about 20 piglets, as well. 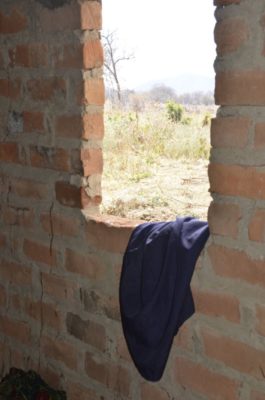 Lusaka CMC dormitory in 2014, before there were windows. 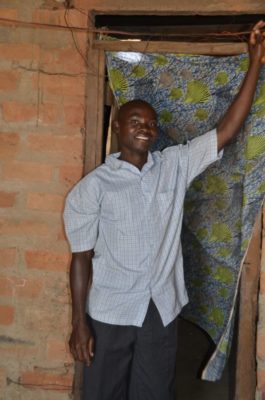 CMC Student in front of his open door dormitory room 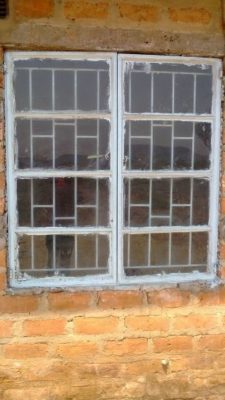 2015 Windows and doors were installed