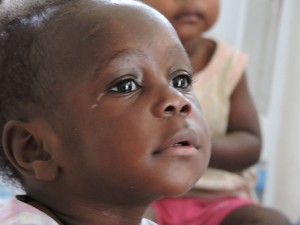 St. Peter Claver Society is dedicated to providing the tools for the personal development of orphans in Zambia in order for them to become self-reliant adults. Through various fundraising events and donations, we support three African projects affiliated with the Catholic faith:

For several years the St. Peter Claver Society (SPCS) has had the mission of fulfilling the late Cardinal Medardro Joseph Mazombwe’s vision of a rural center that would train young Zambians in agricultural skills, so that they could support themselves and their families and avoid migrating to urban areas.  As is the case in so many developing countries, migration in Zambia from rural areas to the cities has led to joblessness, violence, drugs, and other social problems.  Cardinal Mazombwe dreamed of stemming the tide by providing young people in those rural areas the skills they would need to make their lives there successful.

Initially, the SPCS hoped to build an agricultural training center on property within the Diocese of Lusaka.  Problems developed at that location, however, with the existing wells and the alkaline content of the water.  Moreover, the resident farm coordinator passed away unexpectedly and, under new Diocesan leadership, priorities changed.  Fortunately, Bishop Valentine Kalumba of the Livingstone Diocese informed SPCS founder Shimwaayi Muntemba of his interest in having the center located there.  Bishop Kalumba shared our plans and related information with the Diocesan Development and Livelihood Department which is managed by CARITAS, the international coordinator of Catholic relief and social service organizations.  The CARITAS director, Father Klemens, was put in charge of the project and he, together with a Diocesan committee, identified a suitable location in the Makunka parish based on the type of soil and vegetation and the welcoming attitudes of the local communities. In addition, Dr. Muntemba lives several months a year in Livingstone and will be able to consult personally with Fr. Klemens and the Diocesan committee.

Much preparatory work has been done since them.  A local committee of priests, parishioners, and community leaders has been formed to guide development of the project.  A water expert has been engaged to assess the possibility of repairing a collapsed well or sinking a new one to assure a dependable source of water.  Detailed plans had already been prepared for building two classrooms, two dormitories and a teacher’s house.  A contractor has now been engaged to advise on the budget and the most cost-effective approach to construction.

After many unanticipated, but understandable, delays we are encouraged by the progress and optimistic that construction of the Cardinal Mazombwe Agricultural and Life Skills Training Center (CMTC) will begin in the not-too-distant future.  Many generous donors to the St. Peter Claver Society have contributed to help with the fulfillment of Cardinal Mazombwe’s dream.  We have reserved the donations received for this purpose until we are confident of the local support and planning and that the project will be a success.

Cardinal Mazombwe’s dream became the dream of the St. Peter Claver Society and its faithful, generous donors.  We believe the Cardinal is smiling in heaven as the plans for “his” project take concrete shape, and he will ask the Lord’s blessing on making the CMTC a reality.  May it be for the greater glory of God!

Who was Cardinal Mazombwe (1931-2013)? He was Zambia’s first Cardinal who had a lifelong devotion to promoting education. In fact, during his 53 years as a priest, he established many universities, nursing schools, hospitals and education centers.